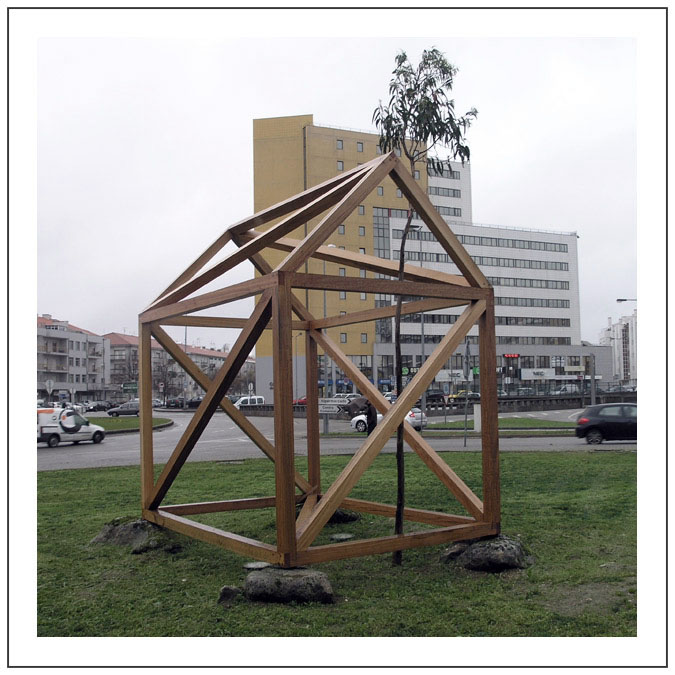 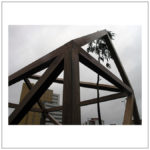 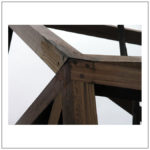 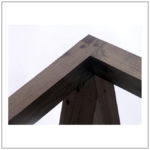 "Casa do Eucalipto" was created as a project of art in public space in the Portuguese city of Aveiro. This place is known by the people under the name "Rotunda do Eucalipto" (The Eucalyptus Roundabout). Once upon a time, there stood an imposing hundred-year-old eucalyptus, which gives the name of the roundabout as a kind of ex-libris. However, it fell victim to the construction of a settlement a few years ago. Nevertheless, it remains in the memory of the population as the established name of the location. My artistic project should take account of the public memory of this place.

A construction of eucalyptus beams, in archetypal form of a house, which rests on four boulders, containing a small eucalyptus tree. The fact that a mighty tree has been felled to give way to urban expansion is inverted in a concrete artistic design: an architectural construction provides shelter for a small, newly planted tree, giving it shelter during its growth phase, until one day its crown protectively surpasses its own shelter and thus reverses the relationship between the protector and the protected. The present sculptural construction is understood as a symbolic space that reflects the general memory in a plastic way.